Leaders in the industry. Experts in the field.

Advantage Futures boasts a reputable and experienced management team of high-caliber FCM industry veterans committed to growing an exceptional futures brokerage firm. Our focus on premier client service is best represented by the quality of our employees. 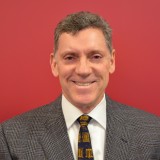 Mr. Joseph Guinan founded Advantage Futures in 2003. Advantage has since expanded from a boutique with 28 employees to one of the preeminent clearing firms in the futures industry. Mr. Guinan previously held various trading and management positions from 1981 to 1995 at Merrill Lynch, Kidder Peabody and Irving Trust. He later served as President and CEO of Fuji Futures Inc. (one of four companies merged to form Mizuho Securities USA) where he worked from 1995 to 2003. Mr. Guinan is a registered floor broker and a member of the Chicago Board of Trade and NYMEX. He serves on the boards of Mundelein Seminary, Word on Fire Catholic Ministries and Econ Illinois. Mr. Guinan received a BA in economics and an MBA in finance and accounting from Columbia University. 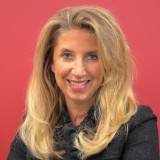 Ms. Lisa Jones joined Advantage Futures in 2004. Ms. Jones began her career in the futures industry in 1990 at Lind-Waldock & Company, a registered Futures Commission Merchant, where she served as Compliance Officer. Ms. Jones later joined the Bank of Montreal and Harris Bank as the US Treasury Compliance Manager in 1995, where she was primarily responsible for overseeing US Treasury activities, including exchange traded and over the counter markets. She later served in a variety of compliance roles within The Fuji Bank Ltd.’s subsidiaries, including Chief Compliance Officer of Fuji Futures Inc. Ms. Jones holds a BBA from Loyola University of Chicago. 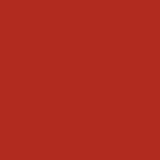 Mr. Curt Paloumpis rejoined Advantage Futures in October 2014. Prior to rejoining the Firm, Mr. Paloumpis was on the Firm’s Sales and Execution team from June 2003 to June 2011. In the interim, Mr. Paloumpis worked as a proprietary trader at various trading firms. Mr. Paloumpis has extensive experience in the futures and derivatives industry starting back in 1983 with Drexel Burnham Lambert as a short-term interest rate trader. Mr. Paloumpis was a member of the Chicago Mercantile Exchange from 1990 to 2010. He earned a BS in Finance from Southern Illinois University. 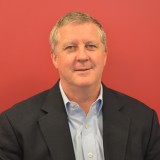 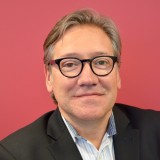 Mr. Michael McLaughlin joined Advantage Futures in 2004. He oversees Advantage’s CME and CBOT teams. Mr. McLaughlin began his career in the financial industry at Merrill Lynch in 1986, where he served as Manager of short-term interest rates until 1995. He later held the position of Managing Director at Fuji Futures where he managed the CME, CBOT and upstairs sales staff for eight years. Mr. McLaughlin holds a BS in finance from the University of Iowa. 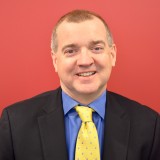 Mr. William Harrington joined Advantage Futures in 2004. Mr. Harrington is responsible for overseeing, managing and coordinating all of the firm’s business development activities. Prior to this position, Mr. Harrington served as Senior Vice President of Institutional Business Development at Advantage. Mr. Harrington began his career in the futures industry with Merrill Lynch Futures in 1987, before joining Fuji Securities (later Mizuho Securities USA) in 1995 as Vice President of Institutional Sales. He worked closely with large institutional accounts emphasizing interest rate, foreign currency and equity futures and options trading. Bill earned a BBA in finance from the University of Notre Dame

Mr. Carlos Rodriguez joined Advantage Futures in 2017. He oversees all finance and accounting functions at Advantage. Mr. Rodriguez previously served as an Executive Director in CME Group’s Financial and Regulatory Surveillance Department. At CME Group, Mr. Rodriguez was mainly responsible for the regulatory, financial and compliance oversight of clearing member firms. Mr. Rodriguez earned a BA in Accounting from the University of Illinois at Chicago. 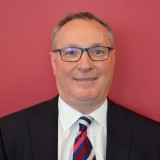 Mr. Michael O’Malley joined Advantage Futures in 2005. He previous worked for RJ O’Brien for 23 years, starting at the Chicago Mercantile Exchange and working his way up to Chief Operating Officer and Chief Risk Officer. Mr. O’Malley is a member of the Chicago Board of Trade and holds a BS in marketing and management from St. Mary’s University in Winona, Minnesota.

Mr. Frank re-joined Advantage in November 2021 as Sr. Operations Manager overseeing all aspects of the Advantage Operations Department. When Mr. Frank previously worked with Advantage from 2007 to August 2017 he served as the primary or backup staff for various operational tasks including but not limited to execution allocations, middle office platform maintenance, exchange and carrying broker balancing, deliveries, and options expirations. From November 2018 until October 2021, Mr. Frank worked as a consultant for Pictet Overseas Inc. (POI), a US non-clearing FCM. During that time, Mr. Frank developed policies and procedures for their day-to-day operations.

Mr. O’Brien joined Advantage in July 2003 as Operations Specialist and was responsible for oversight of CME Group clearing. Since elevated to Co-Head of Operations on December 23, 2021, Mr. O’Brien, together with his co-head, oversees all aspects of the Advantage Operations Department. Mr. O’Brien has been in the futures industry since 1989 and has extensive floor and back-office experience.