All Eyes on the Fed

The Fed’s seven year experiment with a zero interest rate policy, magnified by the added stimulus of multiple Quantitative Easing programs as well as Operation Twist, has market participants focused ever more intently on our revered central bank. How will they remove the stimulus? At what pace will they hike rates? Will they raise .25% or .50% at a time? When and at what speed will the Fed withdraw their quantitative easing? Will they require a Reverse Operation Twist and what effect would that have on long-term rates? Will they simply allow their portfolio to mature even if some securities are long-dated? What will they do if inflation accelerates above target and they still have a few trillion dollars of excess liquidity in the system? How many years will it take to fully normalize policy? The list of questions is long and the Fed’s task over the next several years could prove as challenging as the recent past. Currently, the question appears well teed up:

Is it time to begin the rate raising process?

Not since the early 1990s has the art and science of Fed-watching been so important. The Greenspan Fed held the fed funds rate at 3% from September 1992 until February 1994, when they decided to aggressively raise rates with seven hikes of 25 to 75 basis points over 12 months taking funds from 3 to 6%. The last hike was likely an over-reaction and led to a 25 basis point rate cut five months later. At that time, when we had what were considered low rates (3%) without the significant $4.6 trillion portfolio the Fed now owns, they erred in waiting until they saw “the whites of the eyes of inflation” before raising rates. Some policy wonks, such as Lawrence Summers, suggest waiting to normalize policy makes sense this time around as well. Others, including retiring Philadelphia Fed President Charles Plosser, believe the extended period of zero rates, the exceptional expansion of the Fed’s balance sheet and the substantial improvement in the economy since 2009 warrant Fed rate hikes sooner rather than later. He also expresses concern that waiting too long for lift-off may leave the Fed behind the curve and necessitate more aggressive rate hikes, as experienced in the mid-1990s. Acting sooner and perhaps preemptively helps avoid that pitfall.

Reasons for raising rates by at least 25 basis points are numerous. Let’s touch on a few:

Raising rates by a modest 25 basis points allows financial overseers the opportunity to discern the economic dislocations following the first hike in nearly nine years. Some economists and academics believe we don’t know all the dangers created by the zero rate policy and only as we move to higher rates will the fallout become clear.

What effect has the protracted period of zero rates had upon asset allocation models for pension plans, insurance companies and other long-term investors? Has the stock market’s run to successive all-time highs lured investment assets that might otherwise be allocated to fixed-income? Commercial real estate prices are similar to fixed income securities; a property sells at the yield it offers investors. As rates move higher, one element of the fallout may be a readjustment of asset allocation models. Modifications of only a few percentage points can result in massive sums of money being reallocated. Perhaps stocks are overvalued as investors seek returns not available in the fixed income markets. We may soon see a correction of an artificially inflated equity market once fixed income securities migrate to higher yields. If commercial real estate properties require higher yields, this may necessitate lower commercial real estate prices—unless rising rents can counter this influence. A spillover effect into residential housing could ensue. The ripples that follow from an intricately interconnected financial system inspire caution in and outside the Fed as the US economy and our interest rate policy commence the normalization process. 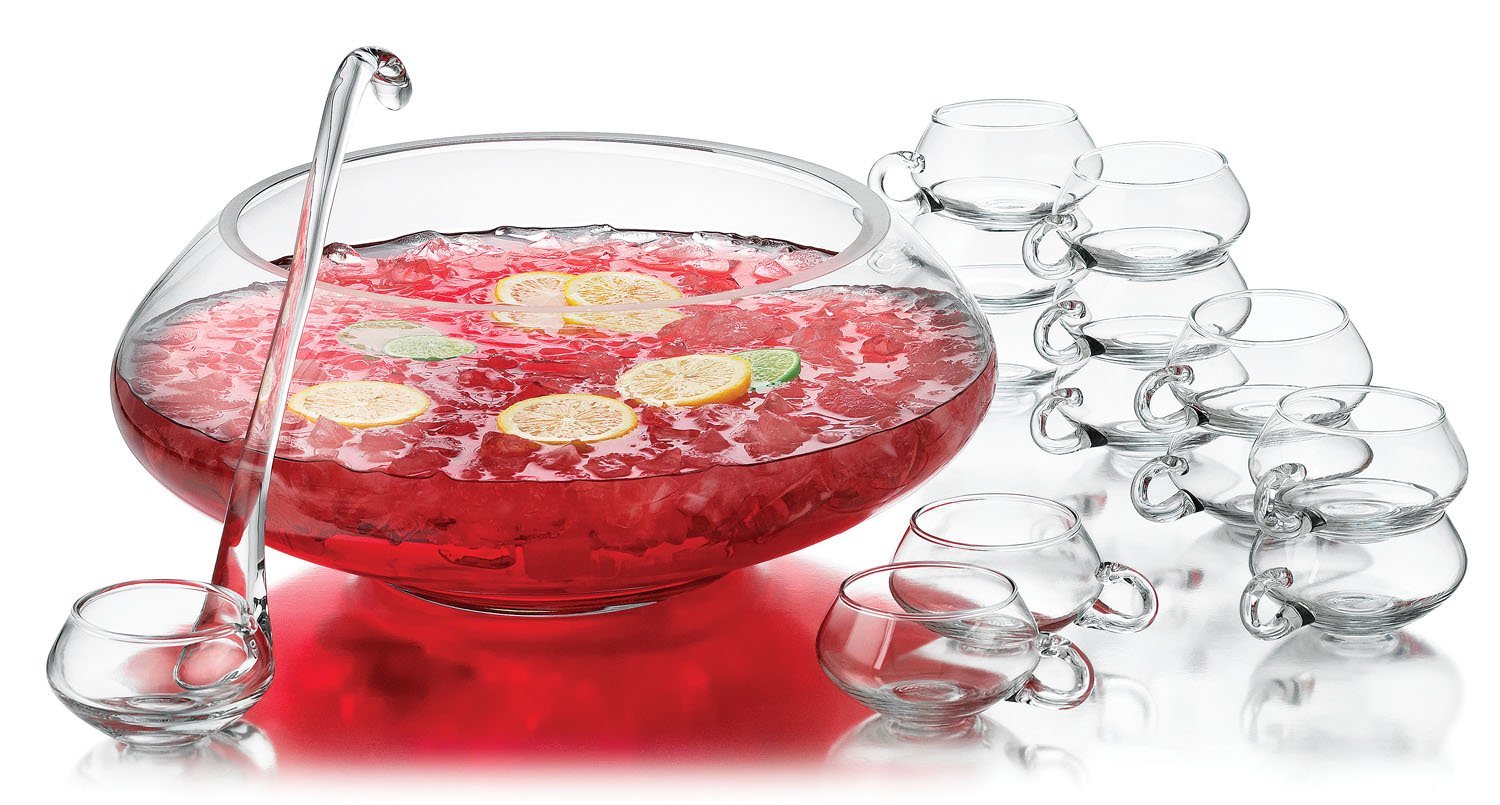 target by 25 basis points sooner rather than later allows the Fed flexibility to consider its next move. They can afford to be patient later by taking a more pro-active approach now. With a massive inventory of QE securities providing monetary stimulus in addition to the 0 to .25% fed funds target range, the central bank faces a considerable stimulus-removal project. Prudence suggests a gradualist approach will minimize the disruption caused by closing the monetary spigot while permitting authorities time to analyze the impact of each step in the process. Let’s remove the punch bowl slowly!

Raising rates is best done slowly in order to gradually reduce the speed of the economic locomotive. Measured rate increases allow businesses and individuals time to adjust as each rate hike permeates the economy. We know increasing rates slows economic growth and it makes sense to act slowly to avoid an overshoot. We also know it can take more than a year for the effect of each hike to fully impact the economy—so let’s begin before Mr. Summers or anyone else sees the whites of inflation’s eyes.

With a $4.6 trillion dollar balance sheet (up nearly $4 trillion from pre-crisis levels) and rates near 0%, the Fed has a long way to go before its policy impact on the economy is neutral. If the funds rate reaches 2% and the Fed’s balance sheet is approximately its current size, the economy will still be receiving significant stimulus from the expanded money supply effect of their securities portfolio. Fortunately, inflation is very low. This may afford the central bank the luxury of slowly unwinding their accommodative policies over a five to seven year period. Although that seems an alarmingly long time in which to unwind the current stimulus, it may be the best approach.

It makes little sense to wait for inflation before beginning the unwinding process. Procrastinating until inflation arrives while facing a massive and prolonged sopping-up operation risks putting the Fed behind the eight-ball. This would likely lead to more rapid rate hikes, potentially coupled with asset sales, to slow an overheating economy. The likelihood of this transpiring in an orderly manner is slim. Delaying the stimulus withdrawal may force the Fed to be overly aggressive later and raise rates enough to cause either the next recession or the dreaded economic evil of stagflation. Monetary tools are blunt instruments and need be used wisely. IT’S TIME!

Is it time to pay banks zero on reserves—excess and required?

As the Fed moves off its emergency policies enacted in response to the most severe economic downturn since the Great Depression, it needs to review the array of steps undertaken during the economic collapse to discern those no longer warranted. High on this list is paying banks for their excess (or required) reserves held by the Fed. The Fed essentially competes with private sector borrowers for their member bank’s money. While pundits and politicians lament how challenging it is for businesses and households to borrow from banks, the Fed continues to pay banks .25% for excess reserves. This is many multiples of what banks can earn investing in Treasury Bills and entices banks to leave money with the Fed rather than lend to companies, homebuyers, small businesses or other potential borrowers. Prior to the crisis, banks earned 0% for their excess and required reserves. In order to nurse banks back to health, the Fed began paying interest on these reserves. This was appropriate. It is now time to remove the training wheels and for the Fed to stop competing with the private sector 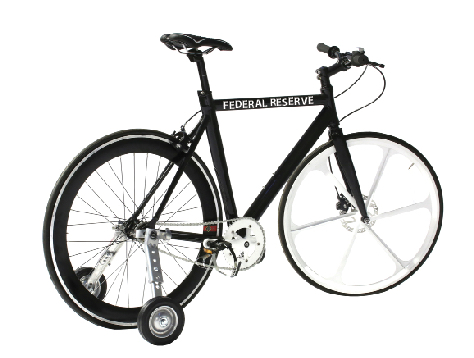 for loan money. Although nobody knows the exact magnitude of economic dislocation this competition causes, there exists at least some degree of economic disincentive for banks to lend privately.

“It is now time to remove the training wheels and for the Fed to stop competing with the private sector for loan money.”

With history her only true judge, time will reveal much about Fed Chair Janet Yellen’s efficacy. To date, she seems to have shouldered the role masterfully.  She bears the responsibility of balancing her dovish desire to hold rates near zero until each person in the country has a job with her prudent understanding that policy errors have substantial consequences. The Fed’s expressed gradualist approach combined with the current economic outlook justifies abandoning the emergency 0% rate policy. Fed Chair Yellen knows this better than anyone.